Hand spanking is a type of corporal punishment where the punisher strikes the buttocks of the punishee, generally with an open hand, to cause physical pain as punishment. This use of only the hand distinguishes hand spanking from similar forms of punishment that involves striking the punishee with an object, e.g. striking with a paddle, a belt, a whip or a birch rod.

In the United Kingdom and Ireland, the term smacking is more commonly used than spanking to describe striking with an open hand (at the buttocks or any other body part). The same is true for certain former parts of the British Empire, such as Australia and New Zealand. 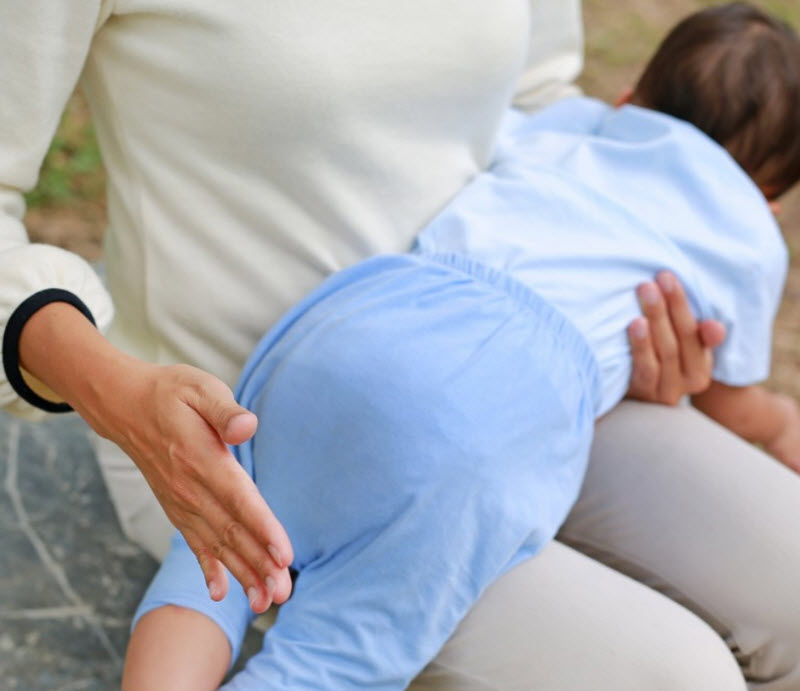 Spanking in the United States

Parents and legal guardians are permitted to spank their underage children in most of the United States, with Iowa and New Jersey being two notable exceptions. Spanking is typically carried out as one or more slaps on the child´s buttocks with a bare hand.

Studies from the United States show that infants and toddler age children are the ones most likely to be spanked by adults.

The American Academy of Pediatrics (AAP) has spoken out against spanking and recommend that no child, regardless of age, should be spanked. They also recommend paediatricians to discuss this issue with parents and educate about the risk of harmful effects associated with spanking.